When people talk to me about my content marketing work, I make one thing very clear: I don’t know how to make things go viral.

Some people —like Jonah Peretti from Buzzfeed—are skilled at that, but I’m not.

I’d rather focus on singles, doubles, and solid hits rather than striking out trying to get a home run.

In fact in the actual game of baseball, home runs and strikeouts are inextricably tied together have been increasing at around the same rate.

Instead, what I suggest for businesses is finding keywords and angles to help capture search traffic from Google. Posts must be optimized and geared towards that.

It doesn’t mean that every post has to do that (this one for instance is not optimized or geared towards it).

But it is a way that will (eventually) and consistently bring in traffic. It takes a bit longer and people don’t have time for that.

The second direction to go is to build an audience. This is usually based on two factors: consistency and current thought leadership with interesting opinions The latter can often yield itself to home runs especially if you have great, informed takes. That doesn’t happen for me that often, and I admire the people that do. Thought leadership with interesting opinions also is usually tied to current news and conditions, and having a pulse on those is also key.

The second way to build an audience is through consistency. This doesn’t have to be tied to current trends or forces, but can offer more timely and lasting suggestions.

And if you’re smart, you’ll realize that consistency + having up-to-date opinions often captures the best of both worlds. Ben Thompson from Stratechery has been the best example of this lately.

Consistency is Key in Tactics

Usually, I opt for #1 but with consistency. Publishing velocity as its called has seen a lot of returns—Nick Jordan and the team at ContentDistribution have a lot of examples of this. I’ve seen it myself, but Nick has the receipts.

This doesn’t help you build an audience necessarily, but it helps your publishing production. It keeps you sharp and lets Google know you are real player.

• Your domain authority is low • You’re in a crowded content market • Your offerings don’t include services most users would search for. Instead, build your brand: ✅ Record your team discussing key selling points of your product, or share your thoughts on a topic relatable to your audience ✅ Create key takeaways in…

My newsletter subscribers got this first! Sign up here for free. Recently, my Twitter pal John Henry from Growth Plays pulled out a gem of a tweet thread. If you don’t know John Henry, he spends more time in large enterprise accounts than a raccoon in dirty dumpsters (that’s a compliment). His tweets were about “What is” content and their…

You made it to the top 3. Maybe even #1 in the SERP. What’s next? Analyze what you’re missing on that same topic Use Ahrefs & enter your URL Set the results for EXACT URL Filter for positions 20-50 See what you get Those keywords are probably ones that you won’t rank for without another… 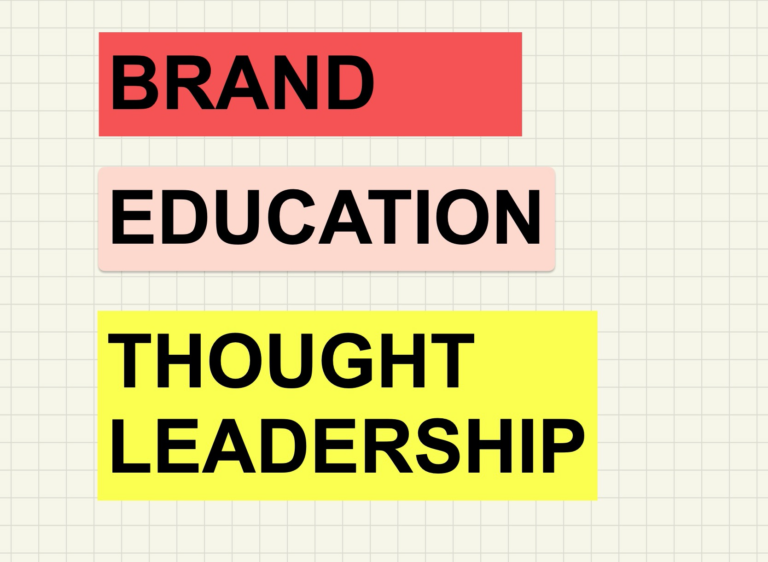 If you’re frustrated with your content marketing efforts, it may be that you’re expecting too much out of each piece of content. Decide on your genres and types when setting expectations.

Part of my Q2 2021 goal at Friday was to publish 50 posts and product pages: I'm going to try & publish 50 pieces of content for @fridayhq in Q2 This will be blog posts, product pages, maybe a few videos I have a few in the queue too, but it's time to publish —…

Someone the other day mentioned to me how a group of people sat in a room and came up with blog posts for each quarter.  Whatever sounded good, they would do.  Almost every day I hear about companies who do this. I get that impulse. It’s fun. Freewheeling.  If you know your audience, your industry,…