A lot of “what is” articles and listicles with your product listed as #1.

I do both of those things.

But here’s the crazy thing – it generally still works.

Here’s an update on one of my most successful posts. It’s still chugging along after a year and a half, gaining new keywords all the time. Guess what? It’s a middle funnel list post.

Even though many marketers follow formats all the time. For Twitter or LinkedIn and even TikTok has its own format.

That split screen, talking to yourself thing? That’s a format.

Here are my takeaways from XYZ, a thread? That’s a format.

But when you’re specifically writing for SEO, remember this:

That doesn’t mean it’s bad. It just won’t do as well without the key foundation. That includes headers, keywords, and specific topics.

Frase (affiliate) and MarketMuse are 2 tools I use that are very good at this. If you have something to say outside of those, it’s not bad – you may just need another post.

Google *is* a distribution channel, but here’s why people don’t like it

Let’s return to why people crap on SEO.

And you know why organic search isn’t as cool? Because it takes a long time. And people hate waiting.

A lot of the most awesome Twitter threads will spike and then are lost to history a few days later.

That’s good in some ways because those creators can use them again, but overall, they don’t bring in repeatable traffic.

Same with your viral TikTok.

You have to pound away all the time for the momentum to keep going, until you reach a massive level then your back catalog becomes instantly more valuable.

Generally speaking, search has a lot of compound interest.

And it still does.

But no one likes that. You don’t get the fast dopamine hit.

People don’t like Google as a distribution channel because it takes time.

But we’re all notoriously addicted to the *now*

The slow burn that comes with search won’t cut it.

Even in the long run it will.
That’s harder to sell. And harder to believe.

When you need another distribution channel (and when you don’t)

I’m (almost) a one-trick pony.
I’ve found a way to crack organic search, to a certain extent. I’m not the best, I’m not the worst.

What’s funny is that wasn’t always the case. I’ve always been a writer, but I was a journalist, and then a copywriter, a catalog editor, and then I grew into a marketing manager type role.

The team I was on was responsible for list management, creative campaigns, events, email nurturing, all of it. I was the writer and created concepts, we had a design team, and then an ops team who would do a lot of the back-end management. It worked okay.

And guess what? SEO wasn’t even one of our channels.

The niche healthcare industry I was working in didn’t really call for it. I didn’t even get close to what I’m doing now until 2017.

I’m not against other distribution channels. In fact, I’vem mostly been in other channels my whole career.

It can fit into social or a newsletter or you can even run ads to it.

I do suggest having 2 or 3 channels that you feel comfortable with.

It depends, of course, but don’t jump on TikTok just because. Instead, branch out to the next one that makes sense.

At Workzone, it was a heavy paid presence. SEM, review sites, and cold outreach. SEO and content picked up some of the slack, but they were hoping to fully transition off of paid, which they’ve never done. They would be a massive site now, but they gave up.

In the early days of ClickUp, we really didn’t do anything except organic search. We tried a few paid things, but we were very good at attentive listening on social. We looked for conversations around task and project management and jumped in there. We also had a good Quora presence. But the content helped with Twitter and especially Quora.

So the 3 channels (early, early days) were: SEO, responsive Twitter, and Quora.

The product also had an undeniable product-first growth loop which of course spurred tremendous adoption.

At Friday.app, we overindexed into one channel – SEO. And hoped for the word-of-mouth, product-led growth. That didn’t quite happen (spoiler alert: the company shut down), but the one channel and really a few blog posts kept the funnel growing. It was a massive bet that I think would have worked, but there were some product and runway issues involved. We did however do fairly well on YouTube with product-oriented videos. Our 2 channels were SEO & YouTube, which complement each other if done right.

Looking back, we probably could have spent more time on social and probably used some of the portion of the content budget to run paid.

At Range.co, I’m building the SEO presence, keeping a baseline on social, working on developing the newsletter, and we’re running paid search ads.

We’re hoping the paid search and SEO efforts complement each other. We’ve tried a few other bets on paid display advertising (Product Hunt for one) and are investigating other avenues – specifically newsletter ads. Then we’d have complementary channels.

Learn how to grow your traffic in 1 quarter with this content playbook. More than 100 sold. 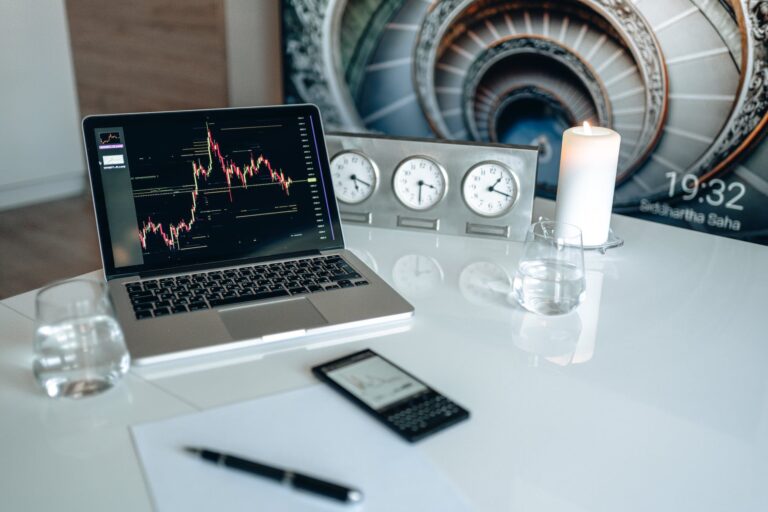 SEO keyword research tools help you plan your content strategy, give you new topics to pursue, and helps you analyze backlinks, competition, cost per click, and how hard it is to achieve a page 1 ranking on Google. The following tools are ones I’ve tried out, though I don’t use all of them on a…

When people talk to me about my content marketing work, I make one thing very clear: I don’t know how to make things go viral. Some people —like Jonah Peretti from Buzzfeed—are skilled at that, but I’m not. I’d rather focus on singles, doubles, and solid hits rather than striking out trying to get a…

Buzzfeed has a massive opportunity in search and SEO but they’re not taking advantage of it. They have the content. They have the topics. They have the expertise/authority. But they haven’t stitched it together very well from an SEO perspective. And! I believe organic SEO could *still* be a major driver for them. They’ve essentially…

One thing I’ve been incorporating more into my briefs are questions. Turning to the People Also Ask (PAA) questions within Google can give you a great headstart on creating your briefs and more insights into what people are searching for. You are probably familiar with PAA questions even if they don’t show up on all…

Organic traffic is up about ~78% since I started at Range.co about 6 months ago. I break it down below. Our organic traffic has had a lot of ups and downs, tbh. It dipped in the summer, but then some things I worked on clicked. That number may seem crazy to some of you, and…

Reset your expectations about what your content should do. You need: More leads from search. And social. And email. You’ll take any lead from anywhere. I know that desperation mode. How do you find the way out? Spray and Pray: Please Let This Be The One When you’re that scattered, you’re hoping that anything and…